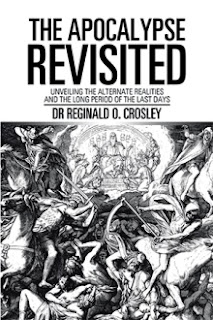 After two thousand years of history in which we have faithfully expected the Second Coming of Christ, we have met with recurrent disappointments. Why is that? At the beginning of the end of the ages that is the first century of the Christian era, the apostles and the early Christians were living with the expectation of an imminent return of Christ. Jesus himself was expecting a quick return, but the Father had a different planning. At the end of the first century, the Father revealed to John the content of a scroll with Seven Seals. That scroll outlined the main events that will occur in every century of the Christian era. A thorough review of the manifestations of the Seven Seals in every century is exposed in my book. We also call attention to God’s judgments upon the whole creation in the visible and the invisible worlds. The Apocalypse Revisited introduces us to two realms of reality . It is written to make the symbols , the visions, the personalities and the time-table of historic events accessible to the readers. We should no longer establish dates for events that are kept secret by the Creator . Also some events described in the Apocalypse are already occurring in history. The very end of the cosmos and the earth is not around the corner. It is in the future probably after a thousand year following Armageddon.

DR. REGINALD IS GIVING AWAY A $25 GIFT CARD!

Tuesday, July 16
The Hype and the Hoopla
Write and Take Flight

Thursday, July 18
Fiction to Fruition
From Paperback to Leatherbound

Book Blast: The Weapons of Light by Lairyck Beliveau 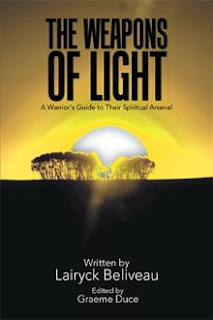 The Weapons of Light is a composition of sixteen interlocking poetic essays, five poems, and three short stories. The purpose of this book is to shed light on the condition and state of the fighting spirit within us all. This book is also a unique inspirational guide that combines poetry, spirituality, and fantasy to maintain the reader’s interest in an atmosphere of both fidelity and mysticism. The book is kept short with the rigors of daily labor in mind for those who like to read but are now unable to find time. The prerogative of any poet is to capture the times as best as they can: the feeling, the atmosphere, and the surge of human emotion. The author, Lairyck Beliveau, utilizes a method of combining poetic license and academic article writing to bring you a very deep and entertaining perspective of life and its emotional struggles

Lairyck is giving away a $25 Gift Card!

Monday, July 22
The Hype and the Hoopla
Write and Take Flight

Wednesday, July 24
Fiction to Fruition
From Paperback to Leatherbound