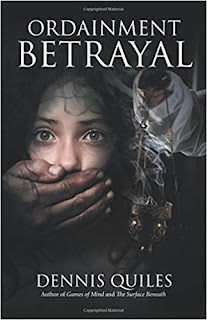 
Jack Steele is an ex–naval intelligence officer turned private investigator who has just proposed to his girlfriend, Martha, over dinner when he sees a bloodied and frightened boy running toward him outside the restaurant. After Martha steps in to protect the boy from the two men in hot pursuit, a gun battle ensues, leaving Jack’s beloved fiancée dead on the sidewalk. While Jack grapples with the ramifications of her tragic death, he is unwittingly pulled into the dark world of human trafficking at the hands of an Albanian mob doing business near Lake Michigan. Desperate for answers, Jack partners with a Chicago police detective to learn about the organized crime culture and develop a plan to stop the trafficking operation and free their victims before they are sold on the black market. As Jack puts his own life on the line, he must battle the powerful Catholic Church and stop the cunning exploits of a deranged pedophile priest who believes he is doing God’s work by turning children into little angels. But will Jack manage to accomplish his heroic mission before it is too late for more innocent victims? Ordainment Betrayal shares the thrilling tale of a former intelligence agent’s dangerous quest to stop an Albanian human trafficking operation in collusion with the Roman Catholic Church..

Dennis Quiles earned a bachelor’s degree in criminal justice and a master’s degree in business administration. A US military veteran and an accomplished professional of the protection business, he is the director of global security for one of the world’s largest multinational corporations. Quiles and his wife have three children and currently live in Illinois. This is his third book. 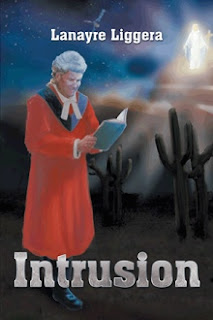 As the judge in a complicated case involving an oil-bunkering gang, Sir Carter Braxton finds himself totally under the security provided by a mysterious figure, Sidi el-Hassam, a wealthy Arab who commands a volunteer group that specializes in preventing crude oil theft. The isolation under which he now lives causes him to miss his best friend’s funeral in 1993 for reasons that must remain inexplicable to his friends, the Falconer family, who live in the Forest of Dean, where they grow restoration oak. Finding herself in London, the widow, Valerie Falconer, an American from Texas, slips into one of Carter’s trials as a spectator, after which she discovers the conditions under which her old friend has been living for over three years. However, a third element also mixes into the situation in that both Carter and the Sidi, separately, have volunteered to participate in the refining of the GSP satellite system now being tested by NASA. This tracking system allows Carter to move temporarily to Texas to draw one of his assassins out. Not only is this the story of a man under physical stress and emotional stress; it is also a record of his spiritual journey led by his friend and later wife, Valerie, as well as the spiritual journey of the Sidi, which has been generated by an apparition of Mary in Zeitoun, Egypt.

Lanayre Liggera holds an MA from Tufts University and another from Cambridge-Goddard Graduate School, where she became interested in the history of woman as portrayed by music, which led to the formation of the New Harmony Sisterhood Band, with Lanayre on banjo. The students’ research produced the book All Our Lives, which was used on college campuses until radicals blew up the publisher, Diana Press. Sometime later, she began to pursue a long-held interest in early aviation. Inevitably, this led studying World War I, spending several tours of the Western Front sponsored by our parent organization, the Western Front Association, US branch. Lanayre was named chairman of the New England–New York chapter, a post which she held for fourteen years, which held a yearly conference at a different location in our region. She and her husband were involved as volunteers in prison ministry for eighteen years as well as in nursing homes, soup kitchens, and the VA. They live in Hudson Valley, where they try to keep up with the comings and goings of their global grandchildren. She is the author of The Life of Robert Loraine: The Stage, the Sky, and George Bernard Shaw.