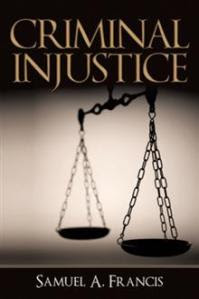 Brian Wilson lived a quiet, peaceful life as the vice president of a savings and loan company in Albuquerque, New Mexico, until he approved a loan for a certain corporation—a corporation of which Brian was part owner. For this, Brian was sent to prison for twelve months. Upon his release, lesson learned, he became a business consultant, focused on putting his life back in order and taking care of his wife. Brian throws all his effort into living a normal life—only to find himself the witness of a drive-by shooting. Brian reacts without thinking, thwarting the gang’s efforts and saving the would-be victim, which eventually leads to the incarceration of the gang members involved. Soon after, Brian and his wife began receiving death threats, but because of his past indiscretions, the court will not allow Brian to own a gun. Brian’s wife owns a pistol, though, and when the gang sends men to kill the couple, Brian uses it to defend them both. In response, the district attorney indicts Brian for being a felon in possession of a firearm. Now, Brian—a heroic citizen who stood up against crime—must rely on a jury to determine his future. Will their decision determine criminal justice … or Criminal Injustice?

Samuel A. Francis earned his juris doctor degree from the University of New Mexico Law School in 1966. He has been a practicing attorney since September of that year. Criminal Injustice is his fifth book.


Pump Up Your Book and Samuel are teaming up to give away a $25 Amazon Gift Card!

a Rafflecopter giveaway
at 7:31:00 AM No comments:

ABOUT THE ENGLAND OPERATION 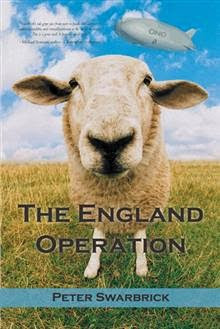 In the year 1141, civil war rages in England. Robber barons pillage and loot, while rampaging armies terrorise the countryside. But never fear: the peacekeepers are coming. The Organisation of Nations of the World (known in Latin as ONO) launches the England Operation to sort everything out. In this world-turned-upside-down satirical take on the peacekeeping industry, rich and powerful African businesswomen and politicians collude with Norman overlords to steal England’s most valuable natural resource—sheep—as the hapless international troops who are supposed to stop the war sink ever deeper into the swamp of violence and corruption that is twelfth-century England.

Pump Up Your Book and Peter are teaming up to give away a $25 Amazon Gift Card!

a Rafflecopter giveaway
at 7:24:00 AM No comments: 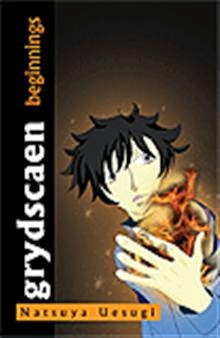 Follow the lives of the main characters as they come together in the backstory to grydscaen:retribution, the fi rst volume of the grydscaen saga. Faid is tired of life on the run in the Echelons, trying to keep his psychic power in check, he founds the Packrats establishing a safe haven for psychics. As a hacker he uses his jack to support his neurocyne habit. Lino is recruited by the Psi Faction and is sent on a mission to kidnap Faid. Riuho, Lino’s half brother becomes a prisoner of the Elite military and they experiment on him, train him and subject him to mind control, then send him out on a mission. On his return, Riuho is set on escaping and recruits Faid who hacks into the Psi Faction systems. They escape and return to the Packrats leading up to the start of grydscaen:retribution.

Pump Up Your Book and Natsuya are teaming up to give away a $25 Amazon Gift Card!

a Rafflecopter giveaway
at 6:52:00 AM No comments:

High Up in the Rolling Hills by Peter Finch Book Blast - Win a $25 Amazon Gift Card!

ABOUT HIGH UP IN THE ROLLING HILLS 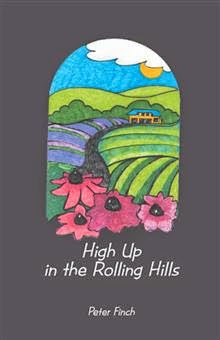 In his youth, Peter Finch wove his way through a series of exploits and adventures. Travels took him to Canada, where a fateful encounter in the Rocky Mountains opened up new horizons. In midlife he and his wife Gundi made the shift to country living, ushering in a new phase in their life, as they set down roots in the hills and settled into a deliberately simplified lifestyle. Peter relates how he and Gundi immersed themselves in ways guided by nature. As she created and sold glass sculptures, he sunk his hands and tools into pure glacial-till soils, sowing, planting, and growing culinary and medicinal herbs, heirloom vegetables and salad greens to take to farmers markets and restaurants in and around Toronto. Invigorated by the pleasures and health benefits of growing, selling, and eating fresh organic food, Peter reveals how he became a passionate advocate of traditional, small-scale, chemical-free farming. High Up in the Rolling Hills shares the personal journey of an independent couple as they explore the vital role of nature, creativity, and healthy food in life.

Pump Up Your Book and Peter are teaming up to give away a $25 Amazon Gift Card!

a Rafflecopter giveaway
at 8:44:00 AM No comments:

A River of Tears, the River of Hope by Orit Rehany Book Blast - Win a $25 Amazon Gift Card!


ABOUT A RIVER OF TEARS, THE RIVER OF HOPE 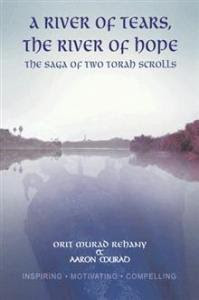 A River of Tears The River of Hope centers on the saga of the Two Torah Scrolls, and of an fluent and thriving community living peacefully for 2600 years until World War II and the events of Nazism, anti-Semitism and hatred took place in the ancient region known as the Cradle of Civilization, or modern days Iraq. The creation of Iraq by the British installed an unsuccessful attempt at Monarchy. The results were staggering and ultimately ended in the displacement of an entire community to Israel and the first settlement of the community in this newly created State. A River of Tears The River of Hope follows the enchanting and fascinating Murad family. The Murad family brought to Israel a proud heritage to share with the world including the two Torah Scrolls of their beloved father and grandfather, Rabbi Ezra Murad. Rabbi Murad’s two Torah Scrolls traveled with the family to Israel, where he was rightfully recognized as an important and impactful role models. His name shined within the community in Baghdad, and his memory and the valuable Two Torah Scrolls continued to stand out in Israel. While settling in Israel the Murad family showed us the most valuable elements of hope, drive, and determination as they continued to thrive in Israel and Canada. They continued to believe in their abilities to succeed. Indeed, as their lives changed and they relocated, the Murad family always maintained focus and the belief in their ability to survive and flourish. A River of Tears The River of Hope will welcome readers into the history of the Murad family and their amazing journey from a world filled with oppression and tyranny, to one supported by acceptance and support.

Pump Up Your Book and Orit are teaming up to give away a $25 Amazon Gift Card!

a Rafflecopter giveaway
at 8:36:00 AM No comments:

Email ThisBlogThis!Share to TwitterShare to FacebookShare to Pinterest
Labels: A River of Tears the River of Hope, Book Blast, Inspirational, Orit Rehany

Ruth Ainsworth is a happy, confident teen living in Massachusetts in 1947. She has a strong circle of friends and a secure family, and she excels at her studies. She is full of optimism for her senior year, mostly because she’s dating Rex Gardner, the star of the Hampden High School football team. They start their last school year, and everything is going well for Ruth—until Rex suddenly breaks up with her and begins dating a junior cheerleader. Ruth is heartbroken, but she fights off the pain by focusing on school and the girls’ basketball team. When Ruth meets Maurice Langlois, a French-speaking Canadian immigrant, he helps her forget about Rex. As their love grows, however, they realize they will soon be separated by hundreds of miles when they leave for college. Their attempt to resolve problems related to their separation gets even more complicated when Rex makes a surprising reappearance in Ruth’s life. Will Ruth and Maurice’s love for each other survive?

Pump Up Your Book and Joan are teaming up to give away a $25 Amazon Gift Card!

a Rafflecopter giveaway
at 4:48:00 AM No comments:

The spirit guides our life. It opens our life as a child and always stays with us. After each prayer our spirit will speak to your mind about God's decision and we will hear about he best task for life. The spirit and prayers always gives us comfort relaxations to the mind. When the body has been or is in a accident, is sick, having surgery, financial problems, and life events. My life has had several perfect body safety and healings i was six or seven months old. The spirit with God guided my jobs and acceptance of my birth as a lesbian.


Pump Up Your Book and Carol are teaming up to give away a $25 Amazon Gift Card!

a Rafflecopter giveaway
at 4:42:00 AM No comments: 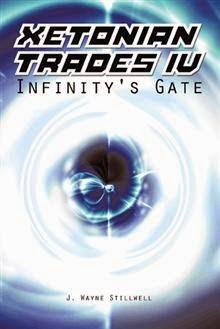 The Augerite invasion and the Reaper war convinced the United Galactic Treaty Organization (UGATO) leadership that the galaxy must be teeming with intelligent life that their descendants would eventually meet. Some would be hostile so they decided to use time travel for preemptive defense purposes. By knowing the future they might be able to take action in the present to enhance their security. UGATO had originally justified the time ship’s cost by promising to locate and visit God to discuss his real purpose, the meaning of life and the mysteries of the spiritual world. This was soon abandoned as fool hearty. UGATO traveled back in time 2,900 years to visit the Xetonian Messiah Graciana who convinced them that a precise understanding of God is not possible purely through the use of technology. God cannot be known in a physical sense and it would always require a measure of faith in order to achieve a state of grace. As the Unitarian survivors of the Big Bang and their alien allies continue their manifest destiny in the Milky Way Galaxy and beyond by traveling in time, their faith and courage would be tested. They were about to breech the zero time barrier or what the news media had dubbed ‘Infinities gate’.

Pump Up Your Book and J. Wayne Stillwell are teaming up to give away a $25 Amazon Gift Card!

a Rafflecopter giveaway
at 8:21:00 AM No comments: