Interview with Boniface Nwugwo, author of The Silent Immigrants 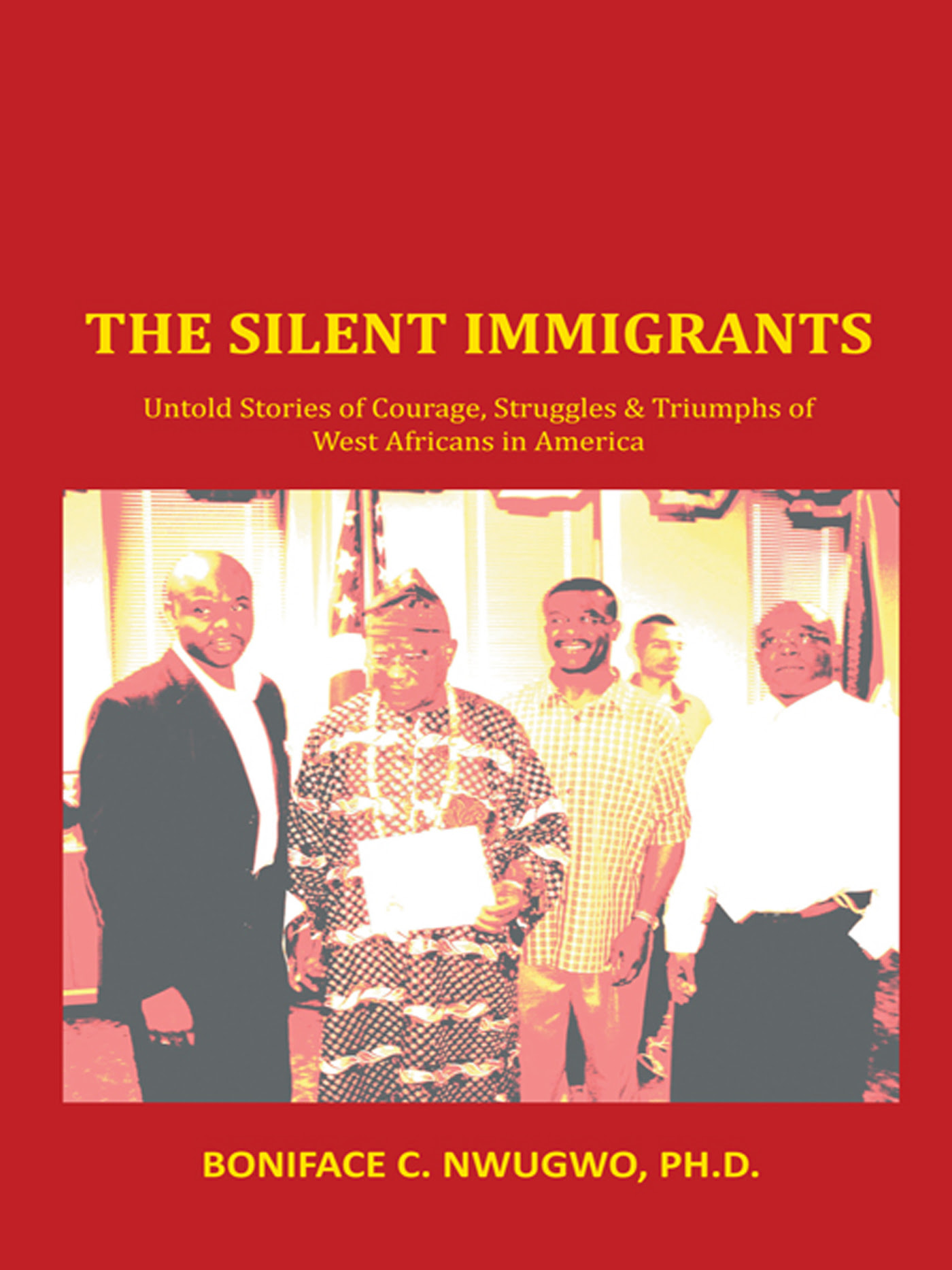 When Boniface Nwugwo left his hometown in Eastern Nigeria in 1980 to study in America, he had only $4600 to his name for his tuition, his faith in God and an unquenchable thirst to succeed in America. In this revealing, inspiring and compelling memoir, Boniface with uncompromising candor, tells his story of courage, insurmountable struggles, and triumphs that he and many West African immigrants faced before and after coming to America demonstrating that you can reach your dreams if you persevere. From modest beginnings as the son of a teacher in his native Imo State of Nigeria, Boniface Nwugwo overcame poverty to distinguish himself as a brilliant academic and achieve a respectable career in the information technology industry. Through his story and the sample stories of other West African immigrants, America’s promise as land of immigrants with infinite possibilities are rekindled in this self-revealing and self-fulfilling book.

Boniface Chibuzo Nwugwo was born on February 16, 1960 at Alaenyi Ogwa, in the Mbaitoli Local Government Area (LGA) of Imo State (part of what was the Eastern Region) of Nigeria. Popularly known as B.C. (as his parents refer to their children by their initials), he is the third of nine children born to Juliana and Christian Onwezi Nwugwo. His father, a retired elementary school headmaster, and his mother, a retired seamstress, live part-time in the United States, and part-time in Nigeria.

Boniface attended different elementary schools in Mbaitoli LGA due to the fact that his father as a teacher moved from school to school. He attended Obazu Community Grammar School Mbieri in Mbaitoli LGA of Imo State, graduating in 1978. After graduation from secondary school he spent 18 months working for First Bank of Nigeria while waiting to gain admission into a university. After almost two years of waiting, he travelled to America to pursue his post-secondary education even though he did not have all the resources required to make such a trip.

In 1995 he relocated with his wife to the Washington DC area. He continued to work and go to school until 2003 when he completed a PhD program in information technology management from Capella University, Minneapolis/St Paul Minnesota. Boniface and his wife and their four children live in Maryland. Boniface now runs an Information Technology Consulting business he founded in 2005. Boniface is also IEEE Senior member and member of the IEEE Computer Society and Past Chair of the IEEE Computer Society, Baltimore Chapter. He lives in Maryland with his wife Francisca and their four children – Brian, Allen, Jaine and Denzel.
at 7:33:00 AM No comments:

ABOUT FEAR OF THE NIGHT 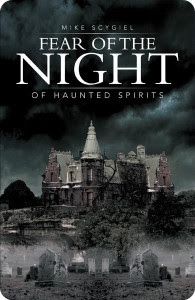 Eight days before Halloween, two strangers drive into the tiny town of Dunes, Michigan, in the middle of the night. After marking various locations on a map of the town, the two men take up residence on Willows Drive in the abandoned Kalaski Mansion. At the nearby assisted living home, eighteen-year-old Greg Snow, who lives across from the Kalaski Mansion, helps decorate for Halloween. When he returns home, the two men—called Kasper and Ghoul—react strangely to the boy. They look at him as though he’s the spook in town. Their curious reaction makes Greg wonder what these men are up to. He shares his worries with his friends, and they soon make the acquaintance of a glowing orb named Rebecca, who tells them Kasper and Ghoul are there to destroy the town. The new arrivals are in Dunes to seek the revenge for past slights. Their intention is to find the one person who stopped the process when they were last in town and destroy him and his family. Greg and his friends are willing to fight for their town—but Greg has no idea that he has a close family connection to the mysterious men.

Mike Scygiel lives in Sawyer, Michigan, where he writes stories about the paranormal.

Pump Up Your Book and Mike are teaming up to give you a chance to win a $25 Amazon Gift Card!

a Rafflecopter giveaway
at 9:37:00 AM No comments: 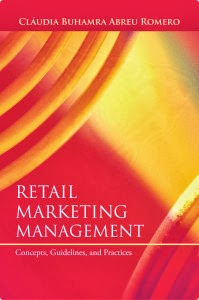 Born from studies and the experiences of its author, Retail Marketing Management provides guidelines, concepts, and practices of marketing, with a special focus on retail management. The guidelines aim to encourage and facilitate the development of marketing strategies that enable organizations to achieve greater competitive power and build brands that are respected and valued in the market, while the concepts are intended to give the theoretical background to the practices commented on and suggested here. As the language is accessible and direct, the work has the advantage of proposing immediate solutions for business, especially for market professionals who are eager for results and have no time for heavy academic reading. Moreover, the teachings contained herein are also useful to students and teachers who wish to enhance their knowledge about marketing. Application This book is recommended for professionals and academics from different areas and can be used for reading in business environments, and as part of the literature of technology courses for undergraduate and postgraduate studies in business administration and marketing.

The book by Professor Claudia Buhamra reflects the intense conceptual and practical knowledge of the author, and offers a valuable contribution to retailers of all sizes and industries. This work includes a very complete range of themes for marketing retailer, bringing a wide range of practical examples which are analyzed and updated illuminated by solid marketing concepts. Structured in a very didactic way, and in a language accessible to different levels of the company, the text facilitates learning and the practical exercise of the themes of retail marketing. I recommend this excellent book to all retailers who responsibly seek to win the hearts and minds of their consumers. Preface by Prof. Juracy Parente, PhD. Professor at Fundação Getúlio Vargas – EAESP/FGV Sao Paulo, Brazil.


Pump Up Your Book and Claudia are teaming up to give you a chance to win a $25 Amazon Gift Card!

a Rafflecopter giveaway
at 8:17:00 AM No comments: 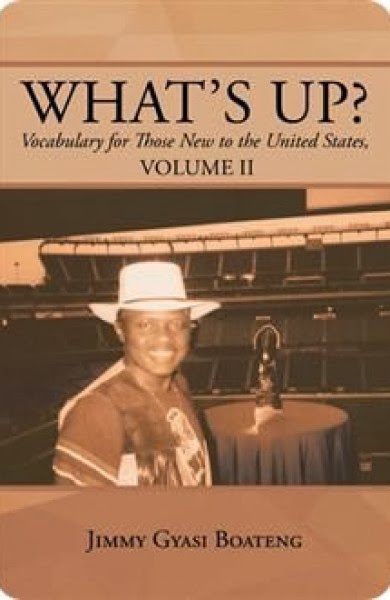 Learning the lingo used in the United States can be hard enough for a native speaker, but it’s even more daunting for immigrants. Jimmy Gyasi Boateng, a native of Ghana, has been living in the US since 1978—long enough to successfully adapt to life in a new place. Determining how to use vocabulary has been critical to his success. Learn how to use certain words and phrases and overcome problems that confront many speakers of English as a second language with this guidebook.

You’ll discover how to
• use slang properly—and at the right times;
• adapt to a new style of speaking English; and
• decipher hidden meanings behind certain words and phrases.

You can find out exactly what people are saying and know how you can join the conversation. By understanding the language and employing it properly, you can start down a path that leads to success. Be yourself while discovering how to relate to new people in a new environment through What’s Up?

Jimmy Gyasi Boateng, a native of Ghana, served in that country’s parliament for ten years before going to work as a librarian at the State Insurance Corporation of Ghana. He moved to the United States in 1978 and has worked for numerous employers, including serving as an interpreter for the Massachusetts judiciary. He graduated from Rhode Island Trade Shops School earning a diploma in culinary arts as well as a certificate from the New England Gerontology Academy. He has been voted three times to the board of trustees for the American Amalgamated Clothing and Textile Workers Union Local—1832T.


Pump Up Your Book and Jimmy are teaming up to give you a chance to win a $25 Amazon Gift Card!

ABOUT THE LORDS OF HANRAHAN 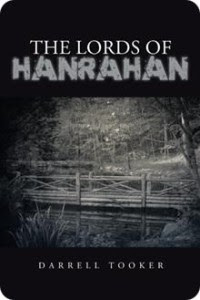 Rumors circulate that the old McPherson place a couple of miles outside of Framingham, Connecticut, is haunted. But one summer day, fourteen-year-old Laura Mueller and her three friends summon the courage to go there. Just because old man McPherson committed suicide there a couple of years ago at age ninety-three doesn’t mean it’s been overtaken by ghosts. But Laura has no idea what the old house has in store for her in the future, and it’s not going to be a pleasant experience. That house, which haunts unsuspecting young women when they are the most vulnerable, chooses Laura to receive its horrific powers. Worse, it waits until the opportune time—years later, when she’s married and is expecting her first child. When she is seven months pregnant, Laura is summoned back to the old McPherson place by some mysterious and evil force. Held captive in a strange place, she wonders if she’ll ever find her way back to her former life.

Darrell Tooker served twenty years in the US military and is a retired maxillofacial surgeon. He also drove the Friendship Boats at Walt Disney World for ten years, retiring in 2008. Tooker now lives in Clermont, Florida, with his wife, Jennie.


Pump Up Your Book and Darrell are teaming up to give you a chance to win a $25 Amazon Gift Card!